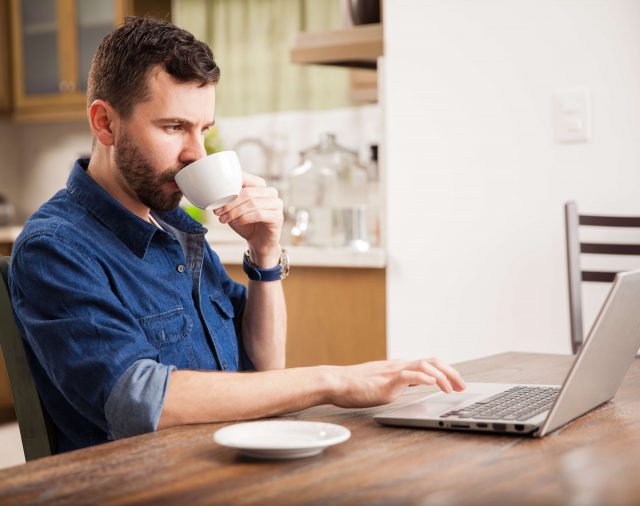 While employers continue working through and rethinking Workplace Readiness projects, most are simultaneously planning critical projects of mitigating clear and present serious risk exposures facing their legions of work-from-home teammates.

In particular, employers are laser-focused on addressing priority exposure areas challenging their work-from-home employees including:

So how can employers effectively and inexpensively mitigate significant risks facing their work-from-home employees?

We’re hearing consistently from clients around the globe utilizing ErgoSuite as a plug-in-play, rapid-deployment and sustainable solution to address priority focus areas for their work-from-home employees.

At the high level view, clients are leveraging their ErgoSuite platform as their front-line surface area for employees and centralized EH&S management toolset for identifying status and trends and managing outlying situations:

For more than two decades, a fundamental understanding within office ergonomics has revolved around the process of “mitigating risk factors” including interventions of various types (e.g. using adjustable workstation components, workstation analysis, adjustment, employee training, etc…) all of which are singularly purposed to foster good employee behaviors such as working in neutral postures, reducing static postures and taking microbreaks to provide metabolic recovery time while working, inter alia.

Each of these interventions are important in setting the stage for the employee to “begin their behavior change journey“, although the science of Psychology understands that behavior change never becomes automatic nor appear on its own without coaching.

Almost 100 years of Applied Behavioral Analysis data clearly teaches that without operant conditioning and continual reinforcement at the point-of-use, then long term behavior change is at best remote and unlikely in any human experience other than immediate life-threatening scenarios.  We are, after all, earnestly working to improve employee behaviors.

The highly effective concept of “crowding out” refers to introducing and positively reinforcing good behaviors rather than focusing the individual on having to always remember to “not do something”. It’s about positive reinforcement versus negative reinforcement. There is only so much time in each day and so over time the poor behaviors abate.

The Top 10 Mistakes in Behavior Change:

Relying on willpower for long-term change.
Attempting big leaps instead of baby steps.
Ignoring how environment shapes behaviors.
Trying to stop old behaviors instead of creating new ones.
Blaming failures on lack of motivation.
Underestimating the power of triggers.
Believing that information leads to action.
Focusing on abstract goals more than concrete behaviors.
Seeking to change behavior forever, not for a short time.
Assuming that behavior change is difficult.

There’s been significant study of Knowledge Transfer Permanence and Relapse Prevention. The conclusion is that if people don’t have continual positive reinforcement post-training, the likelihood of developing long-term new behaviors is unlikely at best and, in a word, remote.

When we objectively step back from the entire process, it all makes complete sense. Each employee has, in effect, been in a type of training for many years. The problem, however, is that this previous training which we’re referring to has been a self-initiated and uninformed yet earnest effort of the employee to develop general computer use skills typically for speed and endurance to satisfy their supervisors. The familiar mantra: No pain, no gain…

Now, after those deeply engrained behaviors have been forged over years, along comes you and a new notion that there are inherent risks involved with improper use of the computer and workstation. An office ergonomics training course is presented with enthusiastic endorsement by management and a new way of thinking is presented.

The rub here is that, in office ergonomics, the potential negative outcome facing well-meaning employees is something which occurs over time in a cumulative manner. There is no immediacy of threat such as what clearly exists when training someone how to safely use a high speed metal band saw or other equipment in an industrial setting.

Knowledge Transfer Permanence – Did you know?

By the anniversary of the training, employees will retain perhaps 10% to 15% of the knowledge presented in the training without continual positive reinforcement.

An automated training system’s series of follow-up emails or messages does not add up to continual positive reinforcement.

Just one of the many studies in this area was conducted by the United States Air Force examining which “training transfer” strategies most effectively produced outcomes where people retained what was presented.

Don’t be thrown off by the term Relapse Prevention, which has its roots in the treatment of people with drug additions, as this term is appropriately and commonly applied to generalized employee training by experts.

“Relapse prevention has its origins in combating addictive behaviors like drug abuse and over-eating. Analysis of several groups revealed that circumstances causing an initial lapse in behavior after treatment had major implications for further slips and eventual resumption of the addictive behavior. (Marlatt and Gordon, 1980) They constructed a theoretical model to prevent setbacks in attaining freedom from the behaviors plaguing those in treatment.

Marx (1982) proposed a model of relapse prevention to help give managers the necessary cognitive and behavior skills to prevent minor lapses from turning into full scale. The original model created by Marlatt and Gordon (1980) for addictive behaviors can be easily used for managerial training because it views maintenance behavior from a perspective that locates determinants of treatment failure and when those are identified they can be exploited during daily activities to prevent a relapse into pretraining behaviors. Many of the empirical articles detailing relapse prevention use it as part of the experiments when measuring training transfer.

Relapse prevention is important because it enhances the employee’s ability to continue using the methods obtained during training by resisting the temptation to backslide into old pre-trained habits which is imperative to giving the trainee more opportunities to replicate the trained behaviors at work.“

The results concluded that in a good post-training positive reinforcement climate the long-term knowledge transfer was much more effective enabling new positive behaviors to “crowd out” the old undesirable behaviors.

Any cookies that may not be particularly necessary for the website to function and is used specifically to collect user personal data via analytics, ads, other embedded contents are termed as non-necessary cookies. It is mandatory to procure user consent prior to running these cookies on your website.